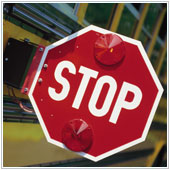 Ahh, phishing. We’re not talking about the get up early, sit in a boat in the hot sun all day kind; we mean the more harmful, social engineering kind. While this isn’t new, it’s a big issue, and one of which many users are well aware. We dread finding ourselves to be victims of a malicious attack on our computer systems. But there are many ways to protect against catching something malicious, one of which is upgrading to Windows 8.

Below are three security issues commonly faced by most networks, and information on how Windows 8 combats them.

Spear phishing
Spear phishing is a form of social engineering conducted over email. If a hacker wants to access a system, they will often pose as a customer and either send an email with an attachment, or send it with an instant messaging service. The attachment contains a virus or trojan, which then gives the hacker access to any system that the ‘attachment’ is downloaded onto.

The main way Windows 8 prevents this is through Windows Defender. This is a full antivirus and malware solution that is based on the Microsoft Security Essentials platform. If you aren’t currently working with a Managed Service Provider, or have decided to take on the migration in-house, Windows Defender can be a good device to protect you while you upgrade, and before you implement other antivirus solutions, and is available on all versions of Windows 8.

Drive-by malware
Another way hackers infect a network is to post a link to a website or file that contains malware. When a person clicks on the link, the malware is installed, often without the user knowing. To combat this, Windows 8 has two features: SmartScreen and Secure Boot.

SmartScreen has two functions. It scans URL links typed into a browser. When a URL is entered that’s known to contain malware, it blocks the user from accessing the website. While this isn’t a new feature, reports have noted that this is the best URL scanner among any modern browser. The other function of SmartScreen is to scan files that have been downloaded for malicious software.

Many users know there is a similar feature on Windows 7, that notifies you that a file has been downloaded from the Internet when you open it, and gives you choices on what to do with it. SmartScreen improves on this, and takes an active role in notifying you about the security of downloaded items. SmartScreen is available on all versions of Windows 8.

Secure Boot on the other hand works on a far more basic level. Developed for use on motherboards using UEFI – Unified Extensible Firmware Interface, a new form of firmware which will replace the aging BIOS. It works by validating the digital signature of all boot components – software and hardware that starts during the bootup of a computer – to look for any tampering. If a disparity is found, Windows Recovery will start and attempt to fix the problem. This will help cut down on the number of Rootkits – malware that modifies an OS before it starts up. Secure Boot is available on Windows 8 Pro and Enterprise

Out-of-date devices connecting to network
One of the more common trends in the past couple of years is employees wanting to bring their own devices to work (BYOD). While there can be many benefits to this, a device that an employee brings in which isn’t up to date, or that is already infected, could pose a huge security risk. One way IT can control this is through an approved list of programs that can be centrally managed.

Windows 8 allows such centralized control through a feature called Applocker. Applocker is an application control program that allows an administrator to create either a “white list” of allowed apps, or “black list” list of unapproved apps, which users are allowed to download on a company controlled system. If you create a BYOD policy where an employee can bring in their own device, but have to connect through a virtualized desktop which is managed by the company, this provides a great way to ensure malicious apps and unapproved programs aren’t downloaded, and that company security is maintained. Applocker is available on Windows 8 Enterprise.

These are just a few of the common security issues faced by companies, and how Windows 8 can protect a network or system from them. If you’re thinking of upgrading to Windows 8, we’re here to help.

Published with permission from TechAdvisory.org. Source.
Facebook
Twitter
LinkedIn
PrevPreviousWhen to use To, BCC and CC
NextApp lets Android tablets ditch the cableNext