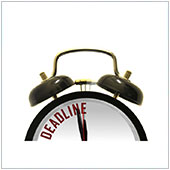 April 8, 2014. If your business is still running Windows XP you need to mark this date, and circle it several times with a big red pen. That’s the date Microsoft is pulling support for XP, which means potentially increased security risks, no further help from Microsoft, and ultimately the possibility of increased IT costs.

In other words, it is time to upgrade. Here are four questions to ask yourself in order to help you get your business ready, with our suggestions for the best way to go about upgrading.

1. What systems use XP?
This should be the first question you ask yourself. Catalog all the laptops and desktops you currently have in use, and in storage. Take note of which of these systems use XP. Also look at other systems like Point of Sale, alarms, and basically anything with an operating system. If something runs XP, take note, because you will need to make plans for replacement.

2. Do we need Windows 7 or 8?
No matter what you do, you are going to have to upgrade to a new operating system. There are two viable options – Windows 7 or Windows 8. Despite what Microsoft’s marketing machine will tell you, Windows 8 may not be the best option for your business. This is especially true for businesses still running XP. The reason for this is because if you are still running XP then your systems are likely older, and may not be able to run Windows 8 efficiently.

Another reason to consider Windows 7 is that it is an older OS, but is still supported by Microsoft and will continue to be so until at least 2015 for mainstream support and 2020 for extended support. For information on what both types of support entail, please check out the table in part three of Microsoft’s Lifecycle policy page. What this means for businesses is that Windows 7 will have essential support for another seven years at least.

The final reason to still consider Windows 7 is that it is generally easier to update to from XP, and it also has a larger market share, with over 45% of Windows systems running Windows 7. However, if you are buying completely new systems, Windows 8 could be more viable.

3. Do we need to update hardware and software?
Take stock of the important and essential programs that your business relies on and find out if these items are supported by and will run on Windows 7. Check that hardware meets the minimum requirements for Windows 7. If your hardware doesn’t meet the requirements for Win7, Windows 8 is out of the question too as it requires slightly more computing power.

If you determine that upgrades are needed, you should develop an upgrade plan that will minimize downtime and disruptions, while having all upgrades done before April.

4. What about Microsoft Office?
Microsoft Office 2013 was released last year, which means that support for older versions of Office like 2007 and 2003 will soon be ending, and it is time to upgrade Office as well. When Microsoft pulls support for Office 2007, you can bet that there will be an increase in potential security breaches and maybe even a lack of document support.

If you are running an older version of Office, it will be worth upgrading to at least Word 2010, or even Office 365. Again, you will need to be sure that your systems can support any changes. Making decisions on which version to get can be complicated, so let us know if we can help.

What is the best way to go about upgrading my systems?
Microsoft ending support for XP may not seem like a big issue. After all, many users should be able to simply install Windows 7 or 8 and be on their way. But, many businesses have other systems, like servers, networks, computers, etc. that also need to be considered. This can quickly turn a seemingly easy update into an unending and costly nightmare.

Which is why we recommend contacting an IT partner like Providence. We can be a big help in not only preparing your systems for upgrade, but also helping you find the solution that will be the best fit for your organization.