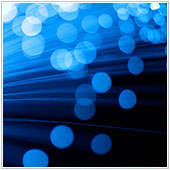 When Microsoft released Windows 8 in October of 2012, the company stated that they would move to a yearly update schedule. The first of these updates – Windows 8.1 – has recently been announced.

If you have used previous versions of Windows, say XP or Windows 7, you may be familiar with Service Packs which were periodically introduced by Microsoft with minor tweaks, changes and updates to the OS. 8.1 is similar in idea to a service pack, in that it is an update, but it is more along the lines of the incremental updates Apple has been releasing on a yearly basis for their popular operating system OS X.

Windows 8.1 brings a number of minor changes to Windows 8 that have been designed to improve the user experience, without changing the whole system. It is best to think of this, and subsequent yearly updates, as a “refreshing” of the current OS. The update release should be sometime in the fall of this year, likely in late October. Microsoft has stated that there will be no cost to upgrade from Windows 8, however the price to upgrade from older systems has not been publicly announced.

Here are five Windows 8.1 updates that will benefit business users:

1. An update to Tiles
The update will introduce two new tile sizes. One will be double the normal height to show more information. The other will be smaller to allow for more Tiles on the screen. You will also be able to select multiple Tiles at once, and be able to re-size, delete or rearrange them. This will give users better control over the layout and look of their desktop, which is welcome news for those users who like to tinker and customize.

2. A new All Programs menu
The All Programs menu, which can be accessed by pressing Ctrl + Tab, is where you can see all of the programs you have installed on your machine. One issue with Windows 8 is that when some programs automatically put Tiles on your screen when they are installed. With 8.1, newly installed programs will show up as highlighted in All Programs, but will not add a Tile unless you choose. You will be able to filter programs by name, date added, most used or category. This will make navigating to your programs far easier.

3. The Start button is back
The new layout launched with Windows 8 was missing a popular function – the Start button – which caused many users to complain. Sure, you can access this if you switch to Desktop mode, but it isn’t in Live Tile view. In Windows 8.1, the Windows Icon will be visible if you move your mouse to the bottom left of your screen. There is no word on what the functionality of the button will be. We assume that it won’t be as functional as previous OS versions, but clicking it will bring up the Start menu.

4. Search is being updated
Search in Windows 8 is currently a bit limited. When you do a search your first results are apps, and you have to manually change the search parameters if you are looking for something other than apps. The 8.1 update will introduce a unified search that includes files, apps, and programs, as well as settings and the Internet. This will make the search function much more useful.

5. Multiple monitor support
There is a trend among many users, especially those in the IT and finance industries, to use computers with more than one monitor. With Windows 8, Metro apps could only be run on one screen. The 8.1 update will enable apps to run on multiple screens, and also enable multiple Metro Apps to be used at the same time.

When can I get Windows 8.1?
While Microsoft has released a Preview or “beta” edition, we highly recommend that you do not upgrade to the Preview edition of Windows 8.1 at this time. Microsoft has stated that if you upgrade to the beta version now, you will have to re-install all of your apps when you upgrade to the official release version of 8.1. Another reason not to upgrade is that the Preview edition may have bugs and may not be fully compatible with existing systems in your business. Instead, we recommend that you wait until the official release of 8.1, which should be sometime in late fall.

If you are interested in learning more about Windows 8.1 and how it will fit in to your business, please contact us today.