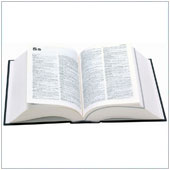 A conversation about technology can get a little confusing, especially when the acronyms and tech jargon starts to fly. The introduction of virtualization added a whole new layer of terms to the IT dictionary, and to a lot of head scratching for the layman.

To help you translate IT-geek speak, here are seven commonly used hardware virtualization terms and what they mean.

1. Host machine
The host machine, sometimes referred to as the host VM, is the actual machine on which the software/hardware lives. This is usually a physical server which may or may not be housed in your office, and which provides the processing power, disk drives, memory, and other components to create a virtual version of a platform, usually an operating system.

2. Guest machine
Guest machines, sometimes referred to as guest VMs, are the virtual machines, or versions of the physical software. When a user accesses their guest machine, they are shown their own version of what is on the host machine. Many guest machines can use the software or operating systems as if it was on their physical computer.

To many users, there is still a computer on their desk, just the software and computing resources/hardware are hosted elsewhere. The vast majority of guest machines connect to the host via an Internet connection.

3. Hypervisor
The Hypervisor is the software that allows the host machine to create a virtual version that the guest machine can access. Also known as…

5. Snapshot
A snapshot is the state of a virtual machine at a specific time. Think of this as similar to a picture taken to capture an important moment. Most snapshots include applications open, files stored in a virtual hard drive, and general state of the virtual environment. The reason these are important is because they are what enable users to resume their virtual session right where they left off.

Some companies and public domains like libraries take snapshots of an OS and present this to users when they log into the computer. If the user makes changes, they are not saved and when they log out, the next user to log in will be presented with the previous snapshot, (essentially a fresh new system).

Snapshots are also useful for quick backup and recovery of virtual environments.

6. Migration
Migration is the act of taking a snapshot of a virtual environment on one host machine, and physically moving it to another host machine with a different Hypervisor. This can normally be done quite quickly, often without major disruption to the user, who can pick up right where they left off after the migration.

These are just seven common terms related to virtualization. If you would like to learn more about virtualization, why not contact us? We would be happy to sit down with you to explain more.

Published with permission from TechAdvisory.org. Source.
Facebook
Twitter
LinkedIn
PrevPreviousiOS 7 introduced with big changes
Next5 ergonomic tips for your deskNext