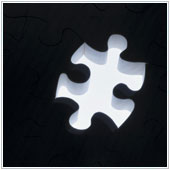 The most often heard computer myths usually involve malware, and more specifically the computer virus. Many of us are familiar with the concept but have a tough time distinguishing between what is true and what isn’t.

Here are five common myths about viruses and the truths associated with them. But before we delve deeper we first need to define just what a virus is, and what it isn’t.

A virus is a computer program that infects a computer and can generally replicate itself in order to infect more computers. Most viruses aim to create havoc by either deleting important files or rendering a computer inoperable. Most viruses require that the user take some action in order to be installed, and thus are usually disguised as programs, browser plugins, or some other executable file.

You may hear the term malware used interchangeably with virus. Malware is short for malicious software and is more of an umbrella term that covers any software that aims to cause harm. So then a virus can be said to be simply a type of malware.

Myth 1: Error messages = virus
Many users think that when their computer shows an error message, or when it crashes, they must have a virus. In truth, these errors are more commonly caused by bugs in the software, a faulty hard drive, bad computer memory, or even issues with your virus scanner software. Even so, when you do see error messages, or your computer crashes while trying to run a program or open a file, it is a good idea to scan for viruses just to rule them out.

Myth 2: Computers can infect themselves
It’s not uncommon to have clients bring in their computers exclaiming that a virus has magically appeared on the system all by itself. Despite what some may believe, viruses cannot infect computers by themselves. Users have to physically open an infected program, or visit a site that hosts the virus and download it.

To minimize the chance of being infected you should steer clear of any adult oriented sites or torrent (i.e. file sharing) sites – they are often loaded with viruses. A good rule of thumb is if the site has illegal or adult content, it likely has viruses that can and will infect your system if it is visited, or if you open files downloaded from it.

Myth 3: Only PCs can get viruses
If you read the news, you likely know that many of the big viruses and malware mostly infect systems running Windows. This has led users to believe that other operating systems like Apple’s OS X are virus free.

The truth of the matter is that all systems could be infected by a virus. It is true that the vast majority of viruses are written to target Windows machines, simply because most computers run Windows. That being said, there is an increasing number of threats to OS X and Linux, as these systems are becoming more popular. If this trend keeps up, we will see an exponential rise in the number of viruses infecting these systems.

Generally speaking, wiping your hard drive and reinstalling Windows will normally get rid of any viruses. However, if the virus “container” is in the files you backed up, your computer will be re-infected when you move the files back and open them. The key here is that if your system is infected, you need to scan the files and remove the virus before you put them back onto your system.

Myth 5: Firewalls protect networks from viruses
Windows comes with a firewall built into the OS, and many users have been somewhat misled as to what it actually does, assuming that firewalls can protect from viruses. That’s a half truth. Firewalls are actually for network traffic. Their main job is to keep your network and the computers connected to the network secure. They don’t actually scan for viruses.

Where firewalls can help is if a virus is sending data to a computer outside of your network. In theory, a firewall will pick up this traffic and alert you to it, or stop the flow of data outright. Some of the more complex viruses actually turn off the firewall, rendering your whole network open to malware attacks.

What can I do?
There are many things you can do to minimize the chances of infection. The most important is to install a virus scanner on all of your systems, keep it up to date, and run scans regularly. But this defensive strategy isn’t enough. You need to be proactive by:

If you are worried about the security of your systems and network, call us today. Our security experts can work with you to craft a plan that will meet your needs.

Published with permission from TechAdvisory.org. Source.
Facebook
Twitter
LinkedIn
PrevPrevious5 ways to reduce IT spending
Next5 benefits VoIP can provideNext