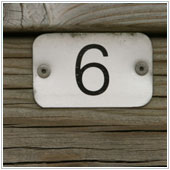 It’s been a long time coming, but Microsoft has finally released a new version of Office. The January release revealed a completely new version of Office, one that is a little more modern, maybe even more exciting. In true Microsoft fashion however, there are numerous versions of Office 2013, which makes it complicated to know which version will fit well with your business.

Here’s a brief overview of the different versions of Office 2013.

A tale of three Offices
There are now three different “types” of Office: Standalone, Subscription and RT.

The standalone versions are similar to older versions of Office. You buy a box from a store and have access to the software that comes in that bundle. The difference is that while older versions came on CDs or DVDs, with the newer version you are really just buying a code that allows you to download the software from Microsoft’s website.

Subscription based versions are referred to as Office 365 for home, and are sold on a per month/year subscription basis. You can buy a yearlong subscription in stores, which gives you an activation code with which you download the software. This option is heavily integrated with the cloud, which means users will be able to store and access documents by signing into their SkyDrive account. You can also store files locally on your computer.

The RT version of Office is a tablet-specific version engineered for use with touchscreen devices. This version comes installed on all RT tablets like the Microsoft Surface. This will only work on tablets running ARM processors and will only be available to users who buy specific tablets. You won’t be able to buy the software in stores, or online.

It should be noted that the standalone versions of Office have a perpetual license which means that you can use them for as long as you like.

Looking to upgrade to a new version of Office? Or would you like to learn more about how this software can help your business? Contact us today.