Time for businesses to switch to Apple? 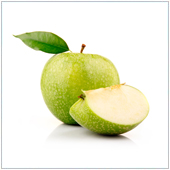 When it comes to choosing a computer platform for a business, many small business owners immediately choose PCs, without even looking at Apple’s offerings. PCs have long been accepted as being the standard in business environments, and one can argue that PC’s are “better” for general business use, but these things are quickly changing. For the past few years, Apple computers have steadily gained in popularity, and they offer a compelling alternative to PCs.

According to a recent report published by Asymco, there is 1 Mac sold for every 16 PCs – including every other non-Mac computer from every manufacturer. At first glance, 16:1 isn’t the greatest ratio, but upon further thought, that’s an amazing ratio considering Macs are made by just one company, while the number of PC makers are near countless.

To make the numbers even more impressive, the ratio of Macs to PCs sold was 1:50 in the early 2000’s. In a little under 10 years, Apple has managed to gain impressive ground against every other manufacturer.

While these two ratios are on an international scale, the ratio in the United States is 1:3, meaning for every one Mac sold, there’s 3 PCs sold; truly impressive. It’s been forecast that this ratio will eventually be seen in almost every country in which Apple sells computers.

It should be noted that these ratios are for every kind of user – personal, business, government and school. The number of businesses using macs is on the rise, as is evident by the growing availability of small business related software for the Mac OS. Beyond that, the ability to run Windows on your Mac is a big bonus for companies that still rely on certain Windows based software.

From what we can see, Apple is gaining ground on PC, and it’s entirely possibly that within a few years, the ratio will be much closer to even. Combine this with the increasing number of applications utilizing the cloud and Apple computers become a seriously viable option for small businesses. If you’d like to know how you can integrate Apple’s computers in your company, please contact us.

Published with permission from TechAdvisory.org. Source.
Facebook
Twitter
LinkedIn
PrevPreviousSIP Trunking. Should my company use it?
NextProductive employees due to SharePointNext