What is Rooting for the Android Tablet? 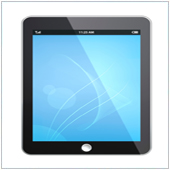 Android has become one of the most popular operating systems used by tablets. Its openness and customizability have attracted masses of businesses who have grown tired of using devices with restriction. While there are still limitations with Android tablets, they can be circumvented by rooting.

Before you root your tablet it’s beneficial to know the pros and cons associated with it.

What is Rooting?
When you buy an Android tablet, it will have limitations placed on the OS by the maker of the tablet to prevent inexperienced users from inadvertently ruining their device. What rooting does is give users access to the basic or “root” level of the tablet, in other words it removes all restrictions placed on the OS. If you’ve heard the term “jailbreaking” for Apple’s products, rooting is akin to that.

Benefits to Rooting
There are a number of upsides to rooting your Android tablet. Some of the most positive features are:

Drawbacks to Rooting
There are some drawbacks to rooting that you should be aware of. The first issue is that if you do root your tablet, the warranty will be voided. If the manufacturer finds that you’ve rooted your device, they could refuse to fix it, forcing you to go to less than reputable dealers.

The second problem is that if rooting is carried out incorrectly you run the risk of “bricking” or “bootlooping” your device. Bricking is when your tablet’s software glitches causing the tablet to stop working, making it about as useful as a brick. Bootlooping is similar to bricking, however your phone will boot up, turn off, boot up and turn off in an endless cycle.

The final downside to rooting is security. There has been an increasing number of malware apps designed specifically for Android devices. If you have a rooted tablet and download apps not from Google Play, there’s a higher chance that the app you download will be infected.

Should I Root?
With both powerful benefits and potentially nasty problems, the question is, “Should you root your tablet?” The answer is a bit ambiguous in that it really depends on what type of user you are. Advanced users who want to micromanage their device will be able to do just that if they root, while users who are happy with their tablet will not see much of a difference.

If you do choose to root your tablet, search the Internet for guides on how to root your device and carefully follow the instructions. Should you like to learn more about rooting, or Android tablets please drop us a line, we’re more than happy to hear from you.