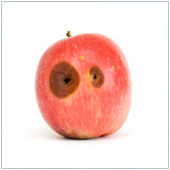 Macs running OS X are often touted as the most secure machines. While OS X is definitely more secure than other operating systems, it may not be as secure as owners think. A new trojan that takes advantage of a security flaw in OS X has been discovered, and it’s a doozy. This has the potential to be a security nightmare.

If you mention “OS X” and “virus” in the same sentence, you’ll get some weird looks from Mac users. Traditionally viruses and trojans on OS X were near non-existent, but there’s a Mac specific trojan, codenamed Flashback, that has affected more than 600,000 computers. This is big news as it shows that machines running OS X may not be as secure as first thought.

Many Mac owners are unsure of what exactly the Flashback trojan is, what it does and how to ensure they’re not infected. We’re here to help clarify the situation.

What is a Trojan and What Does Flashback Do?
In general terms, a trojan is a piece of malicious software that infects a computer and gives control of part, or the whole computer to hackers. The Flashback trojan takes advantage of an OS X Java vulnerability and infects computers by tricking them into downloading a fake Java update.

When the program is installed, Flashback will download and install the main trojan code without the need for permission from the administrator. From there it proceeds to hijack your browser, redirect search queries to websites developed by hackers, and then take advantage of pay-per-click advertising.

Why Should I be Worried?
While this version hijacks your browser, there are far more sinister things it could do. As this trojan acts as a downloader, there’s nothing stopping the developers from updating the malware to steal passwords, banking information and other confidential information.

How do I Ensure My Mac is Clean?
Apple has released an update for machines running OS X 10.6 and later. The first step you should take is to update your computer to patch the vulnerability. To update your Mac:

While the patch will prevent Flashback from working, it won’t delete the program if you’ve been infected. The Internet security company F-Secure has developed a script that scans your computer and removes Flashback if found. Once you have downloaded the script, open and run it. The script will search your computer and place the infected files in an encrypted ZIP folder labeled Flashback_quarantine.zip.

Flashback has infected a higher number of Macs than any other trojan to date and goes to show that Macs also have security flaws. This also serves as a reminder that you should have a virus scanner and security program running on your Mac. If you have any questions regarding the security of your Mac or other devices, please don’t hesitate to contact us. We are here to help keep your machines secure.