Is it finally time to buy a new Mac? 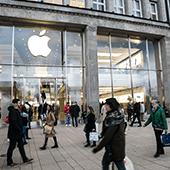 Have you been recently experiencing problems on your Mac computer? Are you wondering if you should shell out some cash for a new one or if it’s better to stick to your current device? If so, we are here to help. In this article, we list down the surefire signs that you need to buy a new Mac.

Apple releases a new version of macOS every September or October. Typically, Mac models from the past several years are supported. So if your device can’t update to the latest version, it’s a sign that you need to have your Mac replaced.

As of this writing, the latest macOS version is 10.15 Catalina. Here are the following Mac models that support the update:

This means that devices made earlier than those in the list cannot install macOS Catalina. For instance, if you have a 2010 Macbook Pro running Mac OS X Lion, it cannot support Catalina. Your device is likely to be deemed obsolete, and while you can continue using it as usual, you won’t get any new features, and you might experience productivity issues.

You’ve run out of free space

File sizes are constantly growing, which means that they are bound to take up more space in computer hard drives. If your Mac only has 128 or 256 GB of storage space, you’ll find yourself freeing up space for new files often. You have the option to purchase flash drives or external hard drives, but these aren’t built into your system, so the chances of losing them — and your files — are very high.

It would then be more ideal to just purchase a new Mac. Newer versions offer 1 TB of storage, which offers significantly bigger storage than older Macs.

Your Mac has poor specs

If frozen screens, slow-loading apps, and poor battery life are already a part of your typical day while using your Mac, then it might be time to replace it.

For instance, the performance of a hard disk drive (HDD) slows down with age, which could cause your computer to load files and programs sluggishly. The same principle applies to your battery. You may experience short standby and usage times, or the device could just shut down by itself. There’s the option of plugging in your device to an outlet while using it, but this sacrifices portability.

To mitigate these issues, you can add more RAM, swap out the HDD, or replace the battery. It’s important to note that some components are soldered to the motherboard, so replacing them may not be an option. The money you would spend on upgrading your Mac would be better put towards a new machine, which will not only be faster, but also much more reliable.

Your Mac has hardware damage

You need to replace your Mac if it has suffered serious physical damage. This could range from a broken display, damaged hard drives, missing keyboard buttons, or nonfunctioning USB and charging ports.

It’s easy to have your device fixed, but it’s not the most financially sound decision to invest money in an obsolete machine when you can buy a new one that will last longer. Remember that small issues can also become major problems. Let’s say you’re using your Mac with a heavily cracked screen. The device might be usable for a while, but the display might stop functioning anytime, and this would be an inconvenience if you’re in the middle of something important.

If problems on your Mac are already affecting your productivity, consider replacing it with a newer version that performs much better and has no hardware damage.

An outdated Mac can experience software problems such as unresponsive apps, visual glitches, and random shutdowns. If your Mac is running an old operating system (OS), it might run into software compatibility issues. For instance, a program may refuse to run because your OS is outdated.

You can usually fix these problems by freeing up your random access memory (RAM) or storage space. Reinstalling macOS is also a good option. If the problems persist, however, you should consider investing in a new Mac.

It’s important to have a Mac that not only performs well, but also helps you become more productive and efficient. If you want to learn more about replacing your Mac, drop our experts a line today and we’ll be in touch.

Published with permission from TechAdvisory.org. Source.
Facebook
Twitter
LinkedIn
PrevPreviousDenial-of-service attacks on VoIP systems
NextWhich Android tablet should you give this Christmas?Next