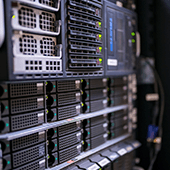 If your website or databases are still on SQL Server 2008 or Windows Server 2008 R2, consider yourselves warned: Microsoft is ending support for these platforms in July 2019. You must make haste to migrate to Azure and avoid the risks of having no publisher support.

What’s the big deal with losing publisher support in the first place?

When a software publisher releases a software program, that program is sure to have functionality issues called ‘bugs.’ Bugs are mostly in-app features that frustratingly “don’t work as expected,” but can include software-to-hardware compatibility problems and app integration issues.

Many bugs are glitches that the developers themselves are not aware of — most of the time, they’re reported by the end-users. Other concerns such as cybersecurity vulnerabilities can also be discovered. Lastly, as technology advances over time, developers add new features to their products.

Once a bundle of fixes and adjustments is done, it is released as a version update — and such updates are continually deployed for as long as the program enjoys developer support. However, software developers produce completely new and improved programs all the time, which makes old ones obsolete and no longer worth keeping.

Since an abrupt loss of support can feel like a gut punch for users who’ve spent considerable amounts of time, money, and effort to obtain licenses and overcome learning curves, publishers instead take away support gradually and give ample time for users to make adjustments.

Microsoft as a publisher is doing everything on their end to sunset their server platforms properly, which means that whatever negative consequences you’ll suffer for not migrating to Azure will all be on you. To be clear, going without publisher support means you’ll face the following risks:

The solution is simple: Move to a newer setup

Depending on your business requirements, you must use Microsoft Azure to migrate to a newer setup, such as the SQL Server 2017 and Azure SQL Database Managed Instance pairing. This combo features incredible in-memory performance across workloads, high availability for mission-critical processes, and the latest cybersecurity protections for both data at rest and in motion.

With that settled, the question now becomes: How do you execute your migration so that it does not cause downtime, data loss, and security vulnerabilities?

Again, the answer is simple: Turn to us, your ever-reliable managed IT services provider, for help. Contact us to schedule your consultation. We’ll hold your hand every step of the way to ensure that your transition to Azure is smooth and problem-free.

Published with permission from TechAdvisory.org. Source.
Facebook
Twitter
LinkedIn
PrevPreviousCybersecurity and managed IT services
NextBoost productivity with these Outlook tipsNext