The biggest mistake to avoid with VMs 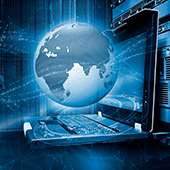 Virtual machines (VMs) make IT resource management effortless. By making a few simple adjustments in your virtualization console, you can easily create a virtual instance with enough resources to run even the most demanding apps. But this simplicity also introduces a new risk called VM sprawl.

The problem with VM sprawl
VM sprawl is a phenomenon that occurs when there are too many virtual machines on a network. Keep in mind that VMs have the same licensing, security, and compliance requirements as your other computers and servers. So when administrators are given free rein to create as many virtual instances as they want, issues concerning the security and management of VMs begin to appear.

Having too many virtual instances running at the same time exhausts server resources. In fact, a majority of virtual servers are idle, which means companies are paying for licenses they’re not using. Unused VMs are also not patched and maintained properly, enabling attackers to infiltrate a network.

However, there are some things you can do to prevent VM sprawl.

VM creation policies
Businesses should have policies in place for limiting the creation of unnecessary VMs. For instance, you can have a policy that forbids users from deploying a new VM unless they specify a good reason. This way, they’re more likely to think twice before requesting resources they may not need. You should also place limits on how many VMs each department can create to keep your virtualized environment small and manageable.

VM inventory
Documenting every VM in your network should be standard protocol in your company. They should be organized by their purpose (e.g., backups, app testing, resource-intensive software usage), who they are assigned to, and when their software was last updated. This will make it easier to review which VMs are necessary to your operations and decommission the ones that no longer serve a purpose.

Such tools allow you to set time-based policies that remove VMs that were needed for only a short time (e.g., those used for app testing). This ensures you’re not wasting resources on idle VMs.