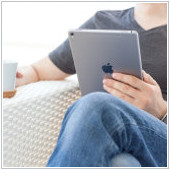 Those considering purchasing a new iPad may have been nudged a little closer to doing so by Apple’s most recent keynote. The new iPads now have more storage while retaining the price point of their smaller predecessors. If you’re looking for more information on all of the storage and price announcements for Apple’s flagship tablet, we’ve got all the details right here.

Hoping to lure customers back to their mobile devices, Apple has made a number of changes to its products. However, the changes aren’t as simple as they sound, and there are 21 total variations of iPad model and storage. For instance, the storage capacity of the iPad mini 2, the oldest and cheapest version, has been upgraded from 16GB to 32GB.

Both the new Wi-Fi and cellular models of the iPad Air 2 and iPad mini 4 share the same price, and come in either 32GB or 128GB. These are the only two storage options available for these models as the mid-range 64GB model has been discontinued. While the mini 4 kept all its prices the same and simply added more storage, the Air 2 received increased storage capacity and price reductions as high as $200 for the largest model.

Previously, those looking to purchase high-end 12.9-inch iPad Pros had to shell out over a thousand dollars. But if you’re willing to stick to a Wi-Fi model, that’s no longer the case with the 256GB version coming in at $999. Cellular-enabled iPad Pros won’t offer a 32GB model, which means the cheapest option will cost you over a grand.

The 9.7-inch iPad Pro offers the most variety in available storage, with 32GB, 128GB, and 256GB models for both the Wi-Fi and cellular versions of the tablet. Not excepted from price cuts, these models saw price reductions across each of the six configurations, which now cost anywhere from $599 to $929.

Originating in 1965, Moore’s Law states that the number of transistors in a circuit doubles every two years. This standard has held true even for digital storage, which has grown exponentially. However, what Moore’s Law doesn’t approximate is price. Yet again, consumers have the opportunity to purchase greater computing power at lower prices.

Apple manufactures a lot more than just iPhones and iPads. As specialists in everything that runs iOS and MacOS, we’re your one-stop shop for all your Apple technology needs. Whether it’s hardware advice or Mac-only software solutions, we’re here to help. Give us a call today to find out how we can improve your Apple technology.