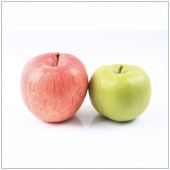 While there are numerous popular software suites out there for businesses, one of the most popular has got to be Microsoft’s Office. Over the past couple of years, different versions of Office have surfaced, including Microsoft Office 2013 and Office 365. While both types include Office, there is confusion as to the difference between them.

What is Microsoft Office 2013?

Microsoft Office 2013 is the latest version of Microsoft’s popular Office suite. With apps like Word, PowerPoint, Excel, and more, it is mostly similar to all previous versions of Office. When you purchase this type of Office you receive a number of licenses allowing you to install this on up to five computers or devices – depending on the version (e.g., Home, Student, Professional) of Office that you get.

You can purchase these products outright, as you have done with previous versions of Office, but Microsoft is really pushing their subscription-based version of Office, what they call Office 365. When you subscribe to the Office 365 version of Microsoft 2013, you get the same software as you would if you purchased it outright, the only difference is you pay for it either monthly or yearly, instead of all at once.

What is Office 365 for business then?

Which is better for business?

Most businesses will benefit more from Office 365 because of the extra features and enhanced security. Not to mention the fact that the monthly per-user cost is usually lower when compared to licensing the same version of Office 2013 for each individual.

Some other benefits Office 365 for Business include:

If you are looking to integrate Office 365 into your organization, or would like to learn more, contact us today. Click here to see our Office 365 pricing plans.