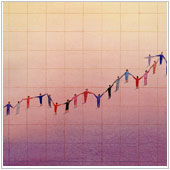 Office 365, the popular cloud-based version of Microsoft Office, has a lot to offer subscribers. What users may not know is that each version of Office 365 comes with Office Web Apps – the browser-based version of Office programs. Office Web Apps have fewer features than their full-version counterparts, but are nonetheless useful. Microsoft recently updated the Word Web App making it even more appealing to businesses.

Updates to Word with Office Web Apps
Collaboration is key. Many of us work in teams these days, and cloud-based services have really enabled this teamwork. Take, for example, Microsoft Word documents. When working on a document as a team, each team member traditionally worked on their own version, which was shared with the other team members and which would then have to be updated to a newer version. This makes it difficult to keep track of different versions.

With the Office Web Apps version of Word, users can work on the same document at the same time. There was still a problem however, in that the document had to be saved by each user in order for his or her recent changes to show up for the other users. This wasn’t the best solution when teams needed to collaborate in a fast-paced environment.

Microsoft’s answer to this issue was to introduce what they call ‘real-time co-authoring’. According to the announcement, “You will be able to contribute and edit documents simultaneously in the Word Web App, PowerPoint Web App or Excel Web App. New real-time presence helps you see where your co-authors are working in the document so that you don’t create conflicts as you edit.”

You can also see any changes being made to the formatting and the text in real-time, which can help keep all members of the team on the same page, quite literally, with successful collaboration.

The second change introduced, specifically to Word Web App, is that documents are now saved in real time. This makes it even easier to work on documents as a team, because you will no longer have to keep track of versions of documents and worry about whether the changes or updates you have made are saved.

Finally, Microsoft also introduced enhanced editing features to the Word Web App. This includes the ability to find and replace words in a document, format and style tables, and insert headers and footers.

With these updates and extended features, Office Web Apps, and more specifically the Word Web App, have become very powerful tools, and many businesses should find these platforms more useful.

If you are looking to learn more about how you can use Office Web Apps in your company, get in touch with us today.

Published with permission from TechAdvisory.org. Source.
Facebook
Twitter
LinkedIn
PrevPreviousGet more out of LinkedIn
NextEasier upgrades to Office 365Next