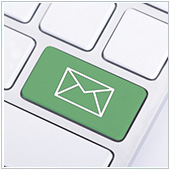 It’s a common practice to store or archive email instead of deleting the messages. While having a backlog of your communication can be very handy, those stored emails can very quickly swell into many gigabytes of information, and users of online or cloud-based email programs may meet the limits of their available storage space sooner than they think. However, users of Microsoft’s cloud-based Office 365 will be happy to learn that the company has recently brought about changes giving user much more space.

In late August, Microsoft announced that they are doubling the storage for almost every Office 365 user’s email account. Starting from August 29, email storage was doubled from 25GB to 50, which should be more than enough for nearly every user.

According to a blog post by Steven Brown, Marketing Manager for Exchange at Microsoft: “There’s no price increase associated with this change. Our doubling of your mailbox storage is simply part of our promise to continuously deliver value to our Office 365 customers.”

Storage increase not for all accounts
While Microsoft is upping the storage limit for most accounts, there are a few that will not receive the bump. If you have Exchange Online Plan 2, Office 365 Enterprise E3 and E4, Government G3 and G4, or Education A3 and A4, you already have unlimited storage and archive space, but Microsoft has increased the default mailbox size to 50GB.

Exchange Kiosk and Office 365 Kiosk users are also receiving an increase in storage limits to 2GB. Beyond that, Microsoft also increased the storage size of shared mailboxes to 10GB.

Paying for expanded storage
This upgrade in storage isn’t the only recent announcement from Microsoft. The company also recently announced that SkyDrive Pro users have had their storage bumped from 7GB to 25GB, and admins can further increase this up to a maximum of 100GB per user. According to the article posted on the Microsoft Office 365 blog, the cost of expanding the storage above the default 25GB will cost $0.20 per GB per month. You will be able to expand the storage in pools of up to 25 users.

If you are looking to learn more about these announcements or how your business can benefit from Office 365, please contact us today to see how we can help.

Published with permission from TechAdvisory.org. Source.
Facebook
Twitter
LinkedIn
PrevPreviousDo you ever turn your computer off?
Next5 ways to extend Android battery lifeNext