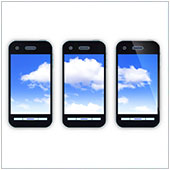 Microsoft, along with many other prominent software developers, are starting to realize that in order to stay ahead of the competition they need to cater to mobile users. Until recently, Microsoft has been largely absent from the mobile scene, especially as it relates to Office 365, but this has changed with the release of apps for both iPhone and Android based phones.

The Android app, released in late July, is a scaled down version of the ever popular Office 365 platform. Users can access Word, Excel and PowerPoint documents that are stored either on the device or on SkyDrive/SkyDrive Pro.

These files, as long as they are stored on SkyDrive, will be automatically updated when you make changes from your Android phone. When you access these files or try to edit them the extra parts of the app disappear, allowing you to focus solely on the document and making it easier to edit.

A bit more about the app itself
The app is available for free on the Google Play store, however you do need to have an active Office 365 subscription that includes the Office suite.

When you first open the app, you will be asked to sign in using your account and password, and your documents and information will be synced.

At the moment, the app only supports Android smartphones that are running Android 4.0 – Ice Cream Sandwich and later. While the US is the only country fully supported, Microsoft has noted that it will soon be available in 117 countries.

If you meet the requirements, and want to access your files from a mobile device, this can be a great app for you. There is one downside however – it won’t work on tablets.

Why no tablet support?
Microsoft hasn’t given an official reason as to why there isn’t a tablet specific app. One of the reasons could be the fact that Microsoft is throwing its weight behind their own tablet – the Surface RT and Pro – and they don’t want to weaken their position by enabling Android based tablets.

However, if you have an Android tablet and would like to access your Office documents, you can log in and use Office Web Apps from your device’s browser.

If you would like to learn more about Office 365 and how it can help make your employees more productive, please contact us today.