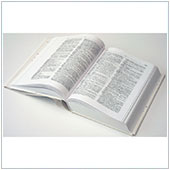 Virtualization is the moving of physical computer systems to a virtual environment, which is usually located off-site, and connected to your location via the Internet. There are many benefits to virtualization, including lower costs and extended lifespan of your technology investment, which has made it a popular option with small to medium sized businesses. If you have looked into virtualization, you may know that there are many options available, and navigating through the possibilities can be a little vexing. Here we discuss four strong choices and why you might want to consider going virtual.

If you would like to learn more about virtualization and how it can help your business, please contact us today.