What exactly are Nexus tablets? 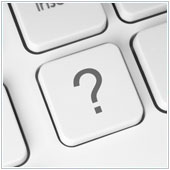 Most people are in one of two camps when it comes to making choices. Sometimes less is more. Sometimes more is better. These two perspectives are also true when it comes to mobile platforms. Those who want less choice might choose Apple devices, while those who want more choice might go with Android. Those who pick Android will have likely have heard of the Nexus line of devices but might not know what they are, or why they seem to get treated like something special.

Below is a brief overview of the different types of Nexus devices, a discussion of how they differ from other Android devices based on hardware and software, and info on how to buy them.

Nexus devices
Nexus devices are Google-branded smartphones and tablets. Flip one over and you will see the Google logo featured prominently on the back. What this means is that in countries like the US and Canada, the device is sold through Google’s website. Google does not manufacture these devices, and instead relies on companies like Samsung, Asus and LG to produce them.

Nexus hardware
Google views the release of a specific Nexus device as what Android devices should be. This means they have near top-of-the-line components and are often considered high-end when they are released. It’s easy to think of the them as the benchmark – hardware wise – for the other Android devices, up to a year after the release.

Because of the large number of manufacturers turning out Android tablets and phones, you can bet that any device, Nexus included, will soon be surpassed by another in a matter of months. However, most tablets are powerful enough that users often don’t notice the difference, so there’s really no need to worry about bigger and better with the Nexus – at least not for a year or two.

Nexus software
Where the Nexus models excel is software. Google’s Android OS is now in it’s eleventh version, yet most users are still using devices with versions from 2011 and 2012. This fragmentation happens largely because manufacturers apply their own OS layout that needs to be updated when Google releases a new version of Android. This can take months.

Nexus machines receive OS updates a few days to a month after Google releases them. This means that for at least two years they will be running the latest version. These devices also don’t have custom layouts, so you get a ‘pure’ Android experience, or as Google calls it ‘Vanilla Android’.

In other words, if you want a device that runs the latest and greatest software and OS, Nexus is the way to go.

Buying a Nexus
Since Nexus devices are considered high-end, you might think that the devices come with a high-end cost. That’s not 100% true. For example, the Nexus 7 tablet is sold at cost (USD$199 for the 8GB version). In comparison, the iPad Mini starts at over USD$300. In general, Nexus devices retail at an affordable cost for the intended market. So if you are looking for a high-end Android tablet, the Nexus is one of the best value devices on the market.

That being said, if you have a set budget, and aren’t worried that your device isn’t running the latest and greatest version of Android, you shouldn’t feel pressure to get a Nexus. There are many Android devices out there that can meet your needs and budget. Not to mention that almost all apps on the Google Play store will run on a large variety of devices, so you can still access the same apps.

If you have your heart set on a Nexus, then check out the Nexus store. Many big electronics stores also offer the devices, often at the same price as the Google store. To learn more about Android and your business, why not give us a shout? We’ll be happy to sit down and have a chat.