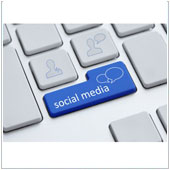 One of the more oft-debated questions these days is whether employees should be allowed to access their personal social media accounts while at the office. There are many valid arguments on both sides of the debate, but few present the viewpoint of what many employees actually think. A recent report has done just that and raises some interesting issues.

The report, published last summer by Kelly Services, reported on social media in the workplace, and highlighted findings and opinions from three major regions: The APAC (Asia Pacific), The Americas, and the EMEA (Europe, Middle East and Africa). Below are some interesting results on the use of social media in the business environment.

Social media at work by region
Many argue that by allowing employees to access social media at the office, they will spend all day surfing their personal accounts and not doing any work. The study found that an average of 30% of employees across all regions feel that it’s OK to access their personal accounts while at work. Interestingly enough, the APAC has the highest percentage (48%) of users who think social media access at the office is acceptable, while The Americas had the lowest (16%).

These statistics go to show what most people already know: Younger generations are more embracing of social media. This does run counter however to prevailing thought that all Gen-Y and X want to do, and think it’s okay to do, is access social media in the workplace.

You might predict that Gen-Y, with their higher levels of embracing social media, would think drastically different from other generations. However, the findings say otherwise: 49% of Baby Boomers, 44% of Gen-X and 40% of Gen-Y believe social media hinders productivity.

Impact of social media on work/personal relationships
Look a little deeper at the downsides of social media discussed in the report, and you find that slightly less than half of all respondents, regardless of age or location, feel that mixing work and pleasure connections can cause problems in the workplace.

What do the numbers mean?
By themselves, the numbers really confirm what we already know – social media is important, but the way it’s used and viewed differs enormously. But put the findings from the survey together and an interesting picture emerges. The acceptance of social media is growing, and will continue to do so as younger, more social media savvy generations join the workforce. Social media may be a main form of communication outside of the office, but when it comes to personal use in the office, the majority are not as comfortable with it.

While use and acceptance is growing, this report’s findings highlight that many employees still feel that social media is more of a hindrance than an improvement to the working day. This is interesting, because a decent percentage think it is acceptable to log onto such sites in the office, while arguably knowing it causes a decrease in productivity. This is a conundrum all businesses are facing. Do we allow social media to blur the lines between work and life, or resist it? Look around, it’s plain to see that it is creeping into work and being met with mixed results.

The question this report raises, and doesn’t answer, is whether social media and its use by employees at work for personal reasons is a good idea. The truth of the matter is social media isn’t going away, and reports and findings like these emphasize a need to understand how people embrace and use these platforms. From this understanding it’s essential to develop policies that everyone feels comfortable with. Above all, it shows large differences of opinion which indicates a real need for flexibility.

We’d like to know what your thoughts are on social media and how it’s currently used in your office. Do you embrace or resist? Let us know.