What are the Best Note Programs for Android Tablets? 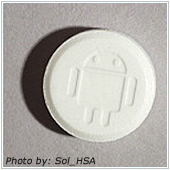 One of the most popular technical trends in the past few years is the increasing amount of tablet computers on the market. With the development and application of mobile OSs like Android for tablets, they have been able to fill the mobile phone – PC gap. The Android OS has its own app market, with a ton of great apps for all users including businesses. Some of the most useful apps are the notes programs.

There are many ways businesses can use the tablet, one of the best is as a platform to record notes. This goes even further in that many notes programs do much more than just record notes. A quick search of the Android Marketplace for “Notes” returns over 1000 apps, but which are the best? Here are a few popular programs:

Evernote
Evernote is one of the most comprehensive note programs out there. You can sync between your computers, phones, even your browser. This app allows and encourages you to go beyond just taking simple notes. You can tag locations, attach pictures and lists, and even post notes on Facebook. The simple layout and integration with other platforms makes this app one of the best choices for your Android Tablet.

Catch Notes
With similar features to Evernote, Catch Notes is another great note program. There are a number of features that are great for businesses that set this app apart:

This is a good program for businesses that like to have a collaborative environment and the ability to add voice recordings to your notes.

Classic Notes Lite
This app is, at first glance, very simple. Your notes are listed in chronological order, with the last edited at the top. But delve a little deeper and you will come across a ton of features ranging from the ability to sketch, quickly look up conversions, and even send to Google Docs. This app is good for users who want both a simple notes app, and an app with many extra features.

OneNote
OneNote is Microsoft’s mobile note app. Developed as part of the Microsoft Office suite, and to sync with SkyDrive, this app is for those avid Microsoft users looking for integration across multiple platforms. The app was released at the end of February with the major features most other note apps have, as well as Microsoft flair.

With the incredible number of notes apps on the Android Market, there is a program that will meet any of your needs. If you would like to know more about Android Apps or tablets, please contact us.