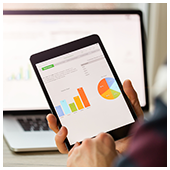 Apple products are famous in the tech world for their quality, and their iPads are no exception.The iPad Mini 5 is the new product users eagerly anticipate. Unlike its predecessors, it was not launched in September but is expected to be launched in March 2017. Over the years, Apple has updated its product designs with new features that stand out from the others. Read on for the leaks about what to expect of the new product.

Among the top rumors and speculations concerning iPad Mini 5 are:

Thinner design – There are speculations that the new iPad Mini 5 will be thinner than other models. Current iPads are already 6.1mm thin, but Apple plans to set a new record with a 5mm-thick tablet. Whether or not it will do away with the headphone jack like it did for the iPhone 7 is still unclear.

New aluminum chassis – The iPad Mini 5 will have a different chassis from the previous models. The new chassis will be made from 7000-series aluminum that has been used on iPhone 6s and iPhone 6s Plus. Because the iPad will be thinner, the new chassis will ensure it is durable and will prevent the tablet from any form of bending.

Smart Connector – It is rumored that the iPad Mini 5 will use smart connectors like the iPad Pro. The tablet will have a smart keyboard and other possibilities for connecting with other accessories.

Pricing – When it comes to pricing for the tablet, Apple is expected to keep the price of the iPad Mini 5 in line with that of its predecessors. Based on the pricing of the Mini 4, the price for the Mini 5 is not expected to be the same, but there is a possibility of a slight price increase on the new product. As always, the prices are expected to be higher for larger storage capacities.

The iPad Mini 5 is a featured product expected to be launched in 2017. Users are eagerly waiting to see whether this iteration of the iPad will change the somewhat static smart tablet market. For additional information on Apple products and other tech-related topics, go to our website, where we can answer all your questions.